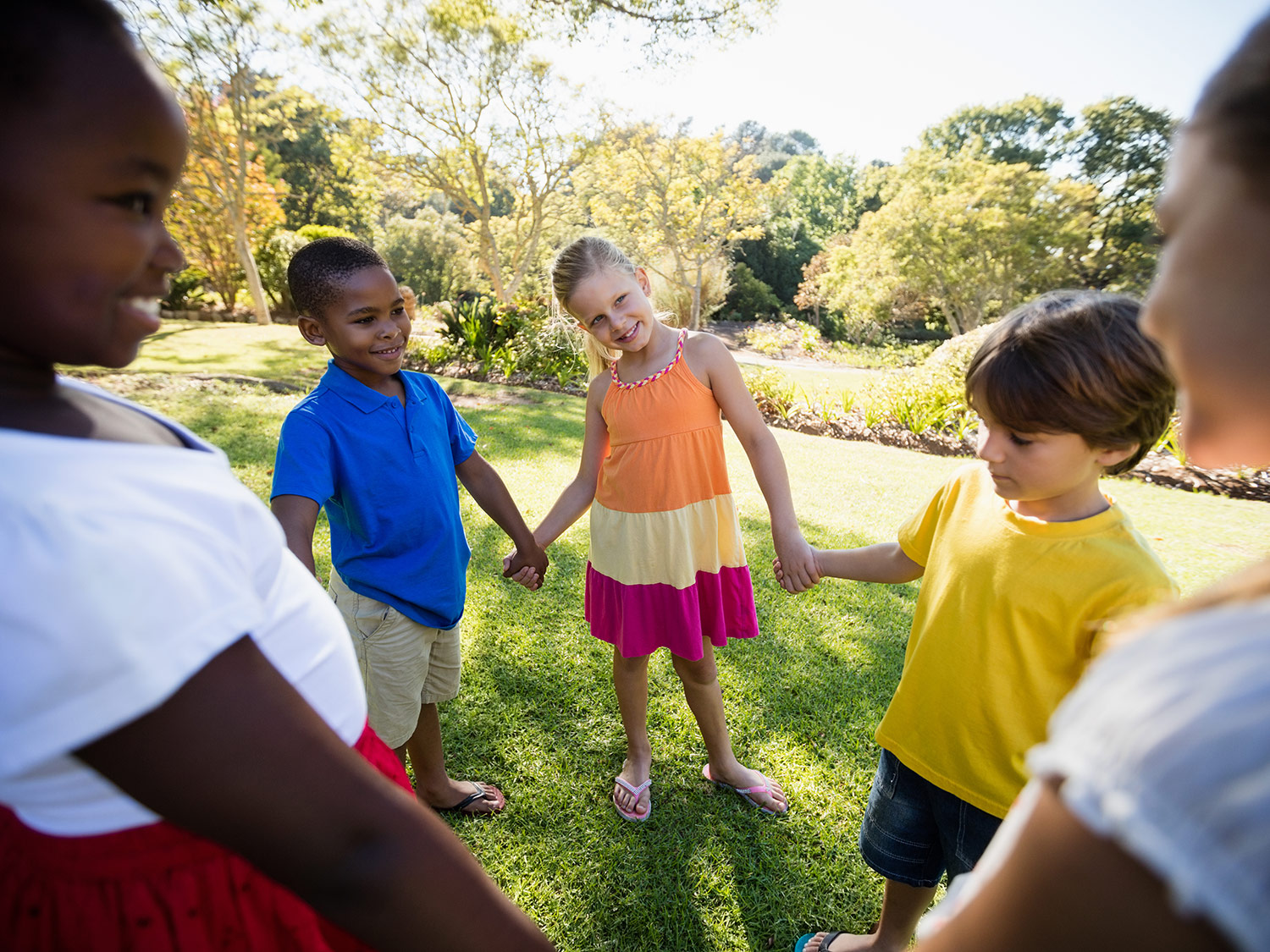 Anyone who does anything to help a child in his life is a hero to me.” – Fred Rodgers (Mr. Rogers)

At Kinderpillar we help children notice their own feelings and the feelings of others. One way this happens in play interactions.

Interestingly, young children do start do develop what are commonly called cliques (selective play groups) even in the early years. They do. It can start as simply as children become more vocal about whom they want to play with… but they also can expand to include the issues of when and where others can play. At this age your child is “trying on” many ways of expressing her independence and individuality. Sometimes this can take on the behavior of forming social cliques. While you want your child to express herself and her needs and feelings you also want her to be sensitive to the feelings of others. Happily, at this stage your child is capable of both individual self-expression and compassionate empathy. She just needs to understand the why and how of it all.

Most children when they start forming cliques don’t do it to hurt others but to create (and celebrate) a personal social circle. If your child is engaging in social cliques she needs to understand that others are hurt when they are excluded. Talk about how she would feel. Give her an example of a time someone could have left her out and invite her to experience how that would feel. Demonstrate how she can include others in the play in creative ways. If they are playing pretend perhaps there is always another role that could be added for the new child. Or that child could make props or signs for the dramatic play. Your child will learn quickly from these types of hands-on examples. Many schools have created a phrase that they use in these types of situations and it can work at home as well. Whenever a child is excluded… everyone says: You can’t say, you can‘t play! It says it all in very simple way and it helps all the children involved in the situation to remember to share play with others.

Cliques are different from being possessive about objects and toys.  At three and four your child probably had a harder time sharing her toys with others. By five and six the definition of sharing is broader and includes more issues related to social and interpersonal sharing of play with others. Developmentally five and six year olds are keenly aware of the importance of friends. Perhaps in an odd way that is why this is a time for the beginning of cliques. At this stage your child may want friends often more than wanting “things”. This happens now because your child is capable of engaging in deeper social interaction and can even create social contracts. Often these are healthy such as the agreement to help a friend build something or cheer him on in an endeavor. But they can also be not as healthy as when a small group of children make an pact to exclude a child from their play. Sometimes this has to do with gender or activity choice but often it is more about the relationship between the excluding children. The “in group” is creating a bond that appears to feel stronger to them when they define themselves as something that is separate (and different) from others. These children need to know that making bonds with friends is good and important as long as it harms no one else.

The expanding language ability of your child plays an important role in the issue of cliques. Your child is learning how to express her preferences, thoughts and feelings…sometimes quite vocally. Happily this increased linguistic ability also means that your child can also discuss and talk out play problems …even the ones she may have caused!

It is important to note that cliques are usually not a family issue but they can have an effect on family dynamics. Cliques are more often about groups of friends than family members. You will notice them in play dates or in school groups. Excluding behaviors that you see within the family are similar but different. In the family those behaviors can be a step towards defining boundaries and establishing a role (and independence) in the family. Of course you do not want your child to always exclude her brother or sister from play but do remember that it is also important for your child to learn how to play creatively alone and develop a sense of autonomy.

Every parent worries that his or her child might be the one excluded or the one doing the excluding. Both hurt the child in different ways. More obvious is the child who is excluded. You can see and feel the hurt for not being accepted or included. But the “excluder” also experiences emotional results from the process. In the early years most children know that they are not supposed to hurt or exclude others. If they do choose to exclude others they can feel guilt and often a fear of being “caught”. They know it is wrong but are still will to see if they can get a way with it! Remember to discuss the problem with children from both sides of the situation

Here are a few suggestions for ways you can help: