The Importance of Toys- By Arvinder Kaur

Toys are the pathway to play if we consider playing the route to healthy growth, and toys are designed to encourage and extend playtime. Variety in play and a wide range of toys and games are required for children to discover what they are excellent at, what they like, and who they are.

Choosing the right kind of Toys

If diversified play is important, a child will benefit more from a collection of inexpensive toys than from a single expensive item since the toys will provide more diversity and duration of play. Toys should be selected so that children may engage in both active and passive play, both alone and with others. Construction games, ball games, board games, and huge lightweight blocks are examples of toys and games that encourage or demand cooperation between youngsters. Others will work to promote literacy and language development.

Traditional parents are more likely to purchase gender-typed items. Buying toys in a non-sexist manner does not imply that you deny your daughter a teacher’s garb or your son a Superman costume. Combine neutral with typical boys’ and girls’ toys in play spaces to encourage girls and boys to play together. The best strategy to foster solitary object play is to present children with a variety of materials or possibilities, including those that encourage exploration and functional play, symbolic play and constructive play. 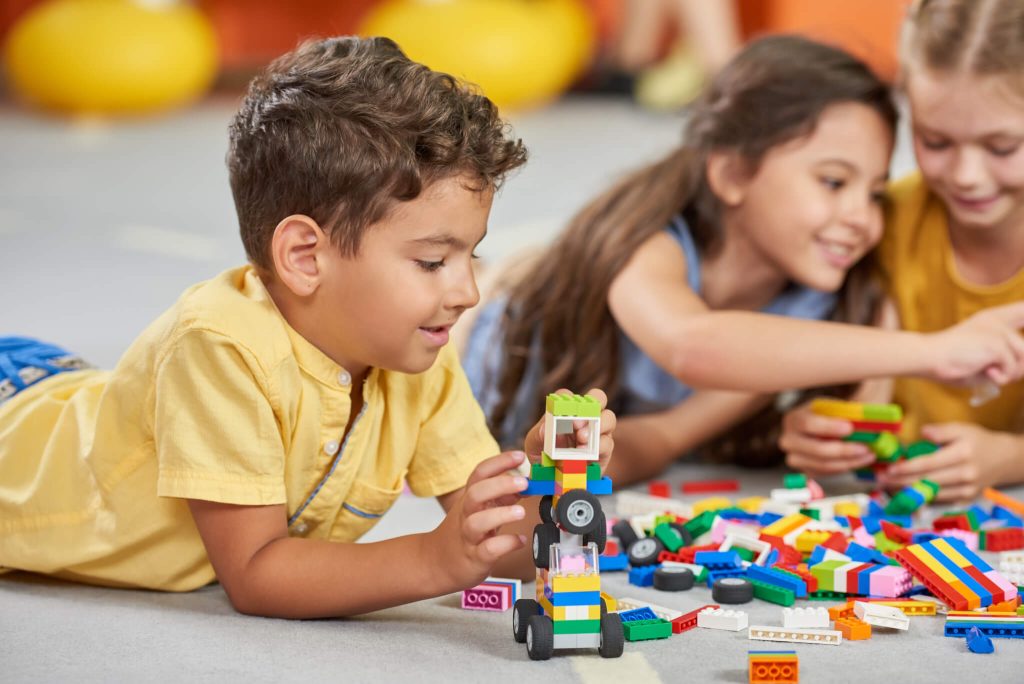 Balls, hoops, Animals on wheels, horseback riders, weapons, spinning tops, dolls, miniature utensils, hobby horses, knucklebones (dice), rattles, marbles, nuts, and yo-yos were among the Roman boys’ and girls’ toys approximately 2000 years ago. Many are constructed of wood, textiles, clay, or bone, but highly expensive materials were also employed for the toys of the exceedingly wealthy. What kind of toys a child had depended on their age, gender, social status, and the social and cultural milieu. Parents from all walks of life and across the Empire gave their time, money, and love to meet this essential need of their children.’

When children have the freedom to choose their toys, they will play for longer periods.

Based on a study conducted by N. Garfinkle & Mark Wolery, “Engagement with toys in two-year-old children with autism: Teacher selection versus child choice”, There were two circumstances compared: those in which the teacher chose the toys for the 2-year-olds to play with and those in which the kid chose the items. The amount of time that youngsters were suitably engaged with toys was counted. The study included three 2-year-old boys with autism. The instructor gave the child a toy in the teacher-selected condition, while the teacher gave the child an option between two toys in the child-chosen condition. The toys were chosen from a pool of toys depending on each child’s frequency of contact with them as determined by pre-study measurements. For ten minutes, the children were monitored, focusing on their involvement with the objects, non-engagement, and troublesome behaviours. The teacher’s actions (talking, modelling, physical prompting, and silent observing) were also recorded. According to the findings, the child-choice condition led to more engaged time for each participant and less negative behaviours for two of the three boys.

When playing with stereotypical female toys, girls and boys had the most play complexity.

Standardized assessment instruments that focus on children’s cognitive skills are common in early childhood evaluation. Many practitioners in the United States and other countries have begun to use an observational technique called Play Assessment, which is aimed to tap into certain domains of development while children are playing. Play assessment is preferable to more traditional methods because a child’s cognitive abilities are examined in a realistic situation. Boys and girls play differently from a young age, such as level of exploration in play, choosing gender-specific toys, the complexity of play and pretend play. Perhaps the gender associated with a toy impacts how it is used. In a recently conducted study, “The effects of stereotyped toys and gender of play assessment in children aged 18-47 months” by Isabelle D. Cherney & others, 15 boys and 15 girls were observed for 30 minutes playing inside. The children’s level of symbolic and representational skills during play was used to determine play complexity. Boys chose same-gender stereotyped toys over female stereotypical or neutral toys, but girls selected either female stereotyped or neutral toys. When it came to playing complexity, both boys and girls indicated that playing with stereotyped female toys was more complex than playing with neutral or male stereotyped toys. When utilizing play to measure children’s cognitive ability, it may be helpful to include gender-stereotypical toys such as kitchen sets and dolls and manipulative toy objects such as blocks.

Toys are valuable, but they cannot replace warm, loving, and dependable relationships.

Children need to play in order to learn. Toys are the means by which children engage in play. It’s just as crucial which play materials are offered and how they’re used. Toys can assist but not replace the most crucial component of nature — warm, loving, dependable connections – for adults caring for children. Toys must be safe, inexpensive, and developmentally appropriate. Toys that are too pricey for children are unnecessary. Toys should be enticing in order to keep a child’s attention for a long time.

Children must feel safe and comfortable in their surroundings in order to be motivated to play, and they must have the freedom to control their play as they see fit. Toys can help children develop their social, intellectual, and communicative abilities in secure and supportive environments.